GROWING UP, I WAS NEVER A FORMAL KIND OF GUY. As early as 10, I preferred to wear neon green, latex tights with a tie n dye T-shirt and flip flops – usually to disastrous results. I envied the more put together boys who looked effortless in their tailored pants, dressed up with crisp golf shirts. But at heart, I was a hipster, always rooting through bargain bags at flea markets for, say, a snake skin vest, which for some reason I just had to own.

There was never a point when I wasn’t experimenting with clothes, hence the photos of me as a two year old in a garish, ill fitting ‘80s prom dress, yes, DRESS! My mother was complicit in that act; she loved dressing up my older sisters and I in a variety of ridiculous get-ups. I believe she hadn’t come to terms with the fact that she had a son. Not until my younger brother was born. I honestly think there have been times when my sanity may have abandoned me completely. Allow me to take you on a brief tour of my fashion disasters…

By 1999, I was a carefree; Spice Girls obsessed, eleven year-old. Was there ever a point when knee high Nike logo socks complemented denim dungaree shorts and a pink Lacoste polo? I may have been quite satisfied with myself, yet in a photograph taken at the time, I’m skinny and awkward: My hair in a Shaft-style Afro, my newly adolescent face is oily and my stick legs bowing out at bizarre angles, sort of like Bambi’s when she first learned to walk. 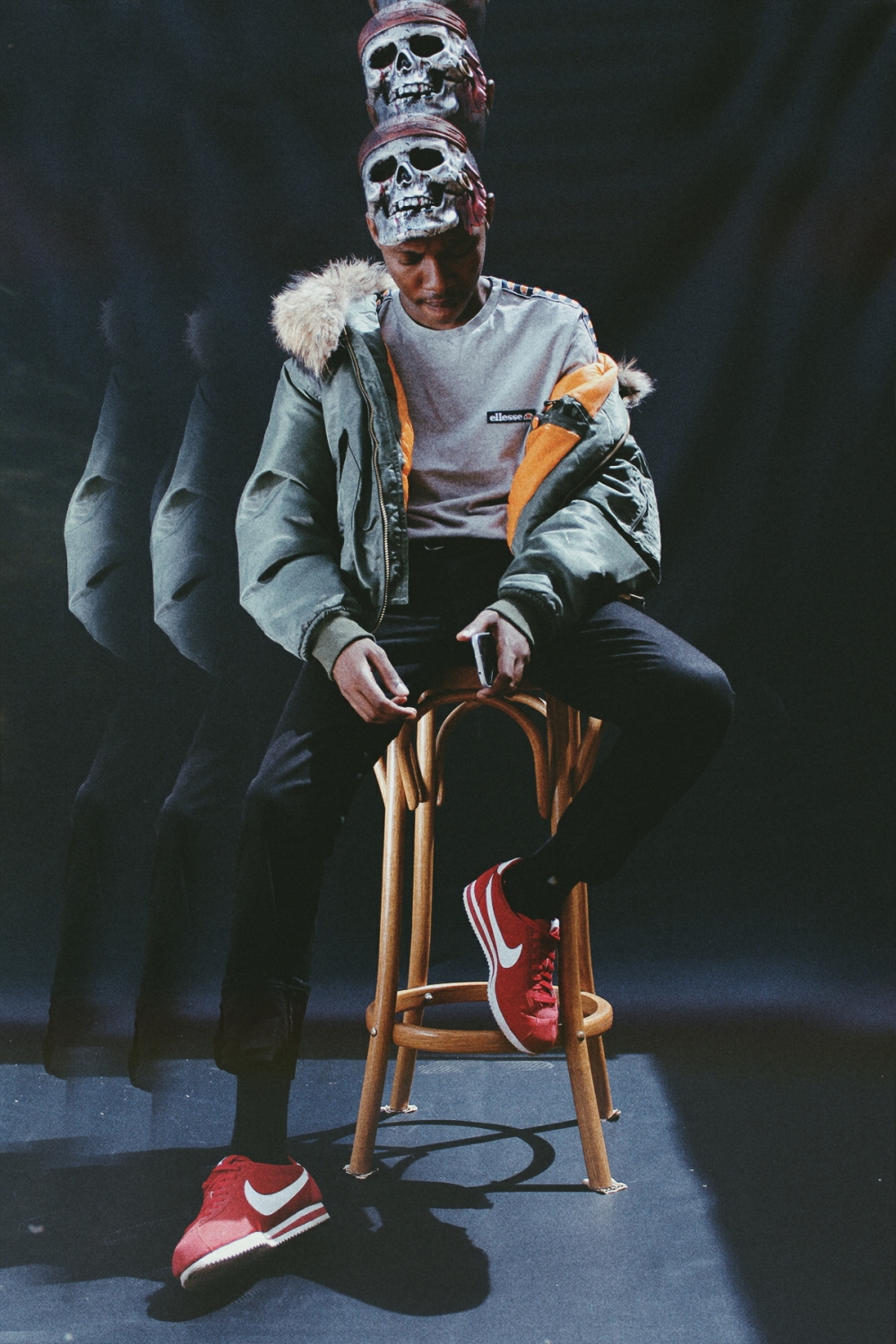 Two years later, I was making my ascent up the hellish mountain that is teenage-dom. I was a total dick, and my clothing reflected this.I was transitioning from private to public school andin my experience; the alpha guys at school were cruel in their enforcement of the social pecking order.If you weren’t big and brawly, you were an easy target, a lowly outcast confined to the dark recesses of the lunchroom or worse. I some-how managed to slip through the cracks, and avoid both being teased and being considered a nerd. With no designs on popularity though-and no threat of being bullied- I explored my sartorial whims in the fashion department. With my style references now being Kwaito music videos. My brief time prowling the Manyora sub-culture had an interesting effect on my style; Gone were the checked shorts and Nike accessories and in their place arrived the Dickies two-piece ensembles, Converse high-tops and bucket hats.  I was that guy that kind of overdid it a little and was trying to get attention through his clothes. I mean, I wore a silk robe and torn sneakers (a la Trompies) to school once.

Thankfully, I moved on to experimenting with a more toned down look. By around 18, I was now alternating between mod and hippie (inspired by my new obsession with new wave French cinema), a schizophrenic approach to dressing that ended up yielding fairly fashion forward looks and required the ransacking of my mum’s closet for the perfect vintage sweater or floral shirt. I really thought I was Serge Gainsbourg.  But in 2008, Gossip Girl was the new shit, and spawned the birth of my metro-sexual phase; it ushered in another era of bad fashion. My friend Tshepiso and I woke up one morning in Johannesburg clad in matching baby blue skinny jeans and polka dot bowties, and I realized we’d taken this joke way too far. “Damn, that Mother Chucker!”

Then last year, I discovered fashion blogging and the wonders of sharing my writing with the World Wide Web. My style began to radically reflect the lifestyle I (thought­I) lead. Just not in a good way: I over did the skinny jean, boat shoe and Amish hat look. I wanted to be so cool so bad; I cringe whenever I come across an old picture. It got to the point where I thought I could start a range of Third World Hipster dashikis.

Now, I have ditched the everyday-is-a street style shoot vibe and focus on comfort- taking key looks from whichever era interests me and working them around my own style and body size. Sure, I may look like a total idiot at times, and to the delight of many, some of these moments have been immortalized on film. But fashion should be funny and silly, joyful and irreverent. So when I look at those priceless photographs, I too can’t help but smile.